Born and raised in Cajun Country, Louisiana, U.S.A., artist George Rodrigue portrayed on his canvas what he feared was his dying heritage—-including its land, people, traditions, and mythology.  As he often explained, he sought to “graphically interpret the Cajun culture,” preserving it in the face of a progressive world.

Rodrigue’s art studies at the University of Louisiana at Lafayette and the Art Center College of Design in Los Angeles spawned one of the greatest success stories in American art.  In the early 1990s his Blue Dog Series, based on the French-Cajun loup-garou legend, catapulted him to worldwide fame, while his dark Renaissance-like landscapes developed into robust modern masterpieces. Learn more in our Interactive Timeline.

Additional information in “George Rodrigue, Painter of Blue Dog, Dies at 69” via The New York Times.

As a passionate philanthropist, Rodrigue founded the George Rodrigue Foundation of the Arts www.rodriguefoundation.org, advocating the importance of the arts in education.  Programs include art supplies for schools, scholarships, and arts integration through Louisiana A+ Schools.

Learn more about George Rodrigue on Wendy’s blog www.wendyrodrigue.com and the book The Other Side of the Painting (2013, UL Press). 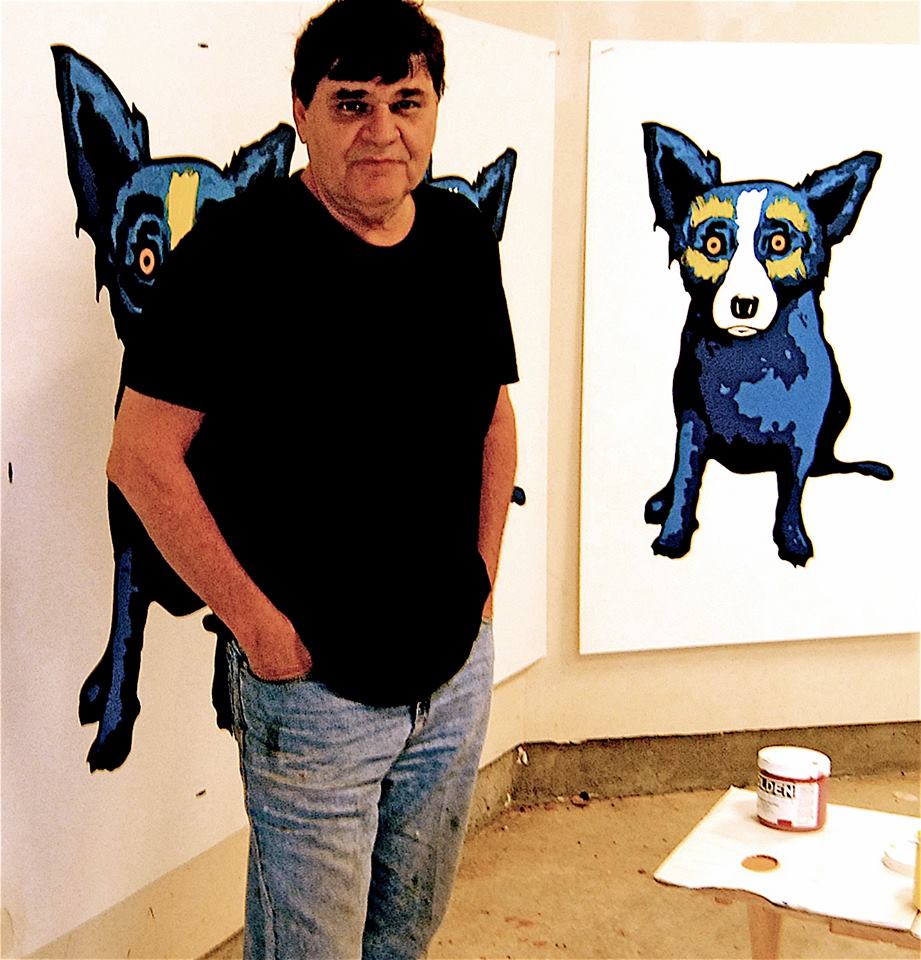